There are more than 20,000 species of bees all over the world. About 50,000 bees live as a colony in a hive. Around 94,000 beekeepers look after 750,000 bee colonies in Germany alone. They thus produce about 25,000 tonnes of honey annually. The bee is one of the most important farm animals of all. This is because 80 % of domestic useful and wild plants depend on honey bees as pollinators. The collection area of a bee colony covers approximately 50 square kilometres and is thus as large as the city of Cologne, for example. The work output of a forager bee is up to several kilos of flower nectar per day. (Translation source: D.I.B.)

Beeswax is a product of excretion from the glands of honey bees and is used to build the hexagonal honeycombs. Beeswax is obtained by melting down the honeycombs after the beekeeper has extracted the honey from the combs in centrifuges. Beeswax has a melting point of 64 - 65°C.

The beeswax is used by the beekeeper to produce new honeycomb-shaped wax plates for his hives. In addition, the beeswax is mainly used in candle or cosmetic production. LINDESA contains only pure, natural beeswax that is bleached by physical means.

Beeswax is used in cosmetics as a fat-rich and skin-friendly substance for the care of stressed skin. This natural raw material is mainly found in lipsticks, lotions and various creams. The first cream formulations with beeswax go back to the Greek doctor Claudius Galenus (129-199 AD). He processed melted beeswax and olive oil with water to create the first short-lasting cream.

Beeswax is almost insoluble in water and alcohol and only slightly soluble in organic solvents. This raw material therefore has an important influence on the protective and caring effect of cosmetic products for the skin. 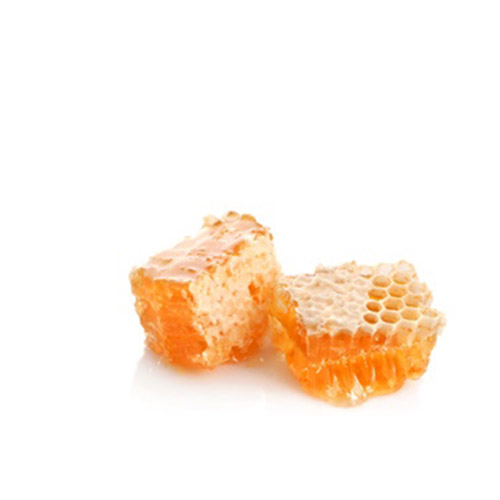 YOUR OPINION MATTERS TO US!

It is important to us that you are satisfied with our products. We answer your enquiries about our products quickly, competently and personally.

We look forward to hearing from you!